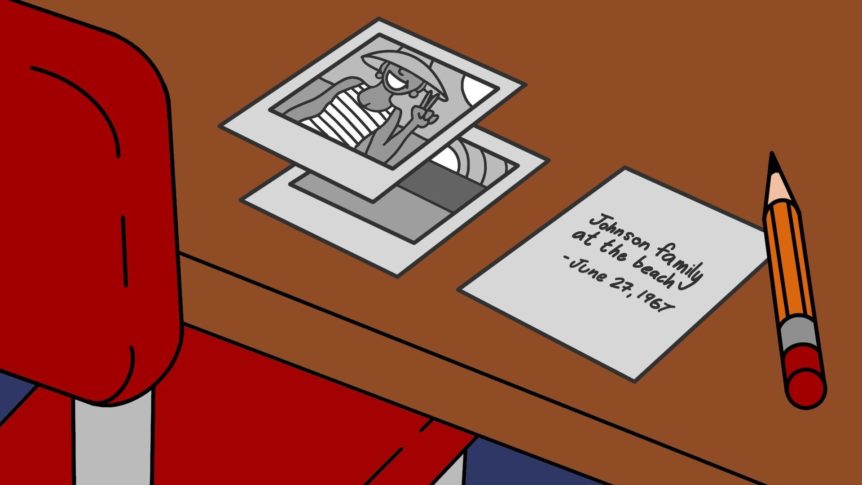 Permanent is pleased to be a founding member of The Family History Metadata Working Group (FHMWG), which announced its formation and launch at this year’s RootsTech conference in Salt Lake City, Utah. Read the full press release here.

FHMWG is a public initiative for family history technology companies that will help organize and provide standards to create shared industry best practices for digital preservation. The official launch date was Thursday, February 27, 2020.

FHMWG seeks to help develop metadata standards to “keep your family memories alive.” To do this, the working group is looking to enhance the value of digital media about people by refining the process and capability for embedding metadata directly into the digital media.

Metadata includes critical information about media such as its contents, creation date, creators, and copyrights. The initial focus of the FHMWG will be on key metadata areas cherished by family historians such as names, dates, locations, events, and captions.

“Many people may still remember and cherish the handwritten notes on photographs that our grandparents scribbled to preserve our family traditions. Who would ever think to erase those notes and letters from our past? I think most people would be disappointed to know that is what usually happens to their digital photos today” says Dr. Robert Friedman, Executive Director of the Permanent Legacy Foundation.

In the era of born-digital media – content captured on phones, cameras and other devices – basic information about the time, date, location, and device is recorded but rarely does information about the scene or the people depicted make its way into that file. Worse still, when that file is uploaded to a digital platform, it is all too often stripped away of its metadata or it is saved to the platform operator’s database and not to the media itself. When files are downloaded are moved between platforms, the data does not travel with the files, resulting in the loss of the owner’s hard work and critical historical information.

The FHMWG will produce guidelines for technology platforms that wish to enable the consistent capturing, sharing, interoperability and preservation of family history metadata. The FHMWG believes partner organizations can achieve this goal through effective planning, standardization, and frequent communications with archives, libraries, history organizations, standards bodies, commercial vendors and websites in order to establish, adopt, and promote this metadata.

The FHMWG is a collaboration between public organizations and private companies that include founding members from FamilySearch, MemoryWeb, Vivid-Pix, the Family History Information Standards Organisation and The Permanent Legacy Foundation. Parties interested in membership to the working group can contact FHMWGroup@gmail.com.

What you are doing is very much needed! I hope you are working to get RootsMagic, Family Tree Maker, Adobe, Gimp, and other big players on board.

Capture and Preserve Traditions with Your Loved Ones

This website uses cookies to improve your experience while you navigate through the website. Out of these, the cookies that are categorized as necessary are stored on your browser as they are essential for the working of basic functionalities of the website. We also use third-party cookies that help us analyze and understand how you use this website. These cookies will be stored in your browser only with your consent. You also have the option to opt-out of these cookies. But opting out of some of these cookies may affect your browsing experience.
Necessary Always Enabled
Necessary cookies are absolutely essential for the website to function properly. These cookies ensure basic functionalities and security features of the website, anonymously.
Functional
Functional cookies help to perform certain functionalities like sharing the content of the website on social media platforms, collect feedbacks, and other third-party features.
Performance
Performance cookies are used to understand and analyze the key performance indexes of the website which helps in delivering a better user experience for the visitors.
Analytics
Analytical cookies are used to understand how visitors interact with the website. These cookies help provide information on metrics the number of visitors, bounce rate, traffic source, etc.
Advertisement
Advertisement cookies are used to provide visitors with relevant ads and marketing campaigns. These cookies track visitors across websites and collect information to provide customized ads.
Others
Other uncategorized cookies are those that are being analyzed and have not been classified into a category as yet.
SAVE & ACCEPT
wpDiscuz